Click here to listen to my interview with “With Good Reason” during which my co-author and I are talking about our new book “US Foreign Policy Towards the Middle East: The Realpolitik of Deceit”.

While lies are almost uniformly held to be unacceptable in the context of a liberal democracy, this is not entirely the case in foreign policy where realists often value lies for their ability to advance a country’s national interest. The entire literature and practice of military strategy, intelligence and counter-espionage is underwritten by deception and lies. The disclosure of NSA mass surveillance has shown us that the U.S. government spies on foes and friends alike. Likewise, the Kremlin has engaged in a disinformation campaign in order to provide Russian foreign policy and, in the case of Ukraine, Russian military intervention and territorial annexation, a veneer of legitimacy.

Relying on lies to advance one’s national interest and maintain stable balances of power is not without its dangers. Lies can undermine worthy policy initiatives by producing blowback from foreign governments and citizens. They can also trap governments into policy positions that no longer serve the national interest. A prime example of these dangers and their negative consequences can be seen in U.S. foreign policy towards the Middle East, where U.S. military and diplomatic engagement with this region that ostensibly is based on realist principles has worked against its own national interest and that of a stable regional balance of power. Far from stabilizing the region, U.S. foreign policy has created a structure in which the United States continues to act as an external force of intrusion. It has created and sustained an imbalance of power between Middle Eastern powers, neither fostering democracy nor the rule of law nor maintaining peace and security between and within states. In 2016, every country in the Middle East, except for Tunisia and Oman is involved in some form of inter-state war. READ THE ENTIRE ARTICLE Athttp://nationalinterest.org/feature/why-the-us-built-house-cards-the-middle-east-falling-apart-18267

“The political transformations and new foreign-policy alignments emerging in the ashes of the Arab Spring create a unique window of opportunity for regional realignment.”

This summer will mark the centenary of the outbreak of the First World War.The assassination of Archduke Franz Ferdinand in Sarajevo in 1914 would herald total war to Europe, destroy empires and political systems, and usher a new order for the continent as well as the Middle East.

International-relations history features only a few watershed moments when a new international order emerges, usually built upon the ashes of human suffering and devastation. When emperors, kings, presidents and religious leaders renegotiated international order, war always preceded. In his influential book After Victory, John Ikenberry analyzes these very moments in history. The “settlements” of 1648, 1713, 1815, 1919 and 1945 offered critical junctures in which major-power conflict had sufficiently destroyed the existing order to permit the reorganization and rebuilding of international order. Ikenberry argues that during post war junctures, victorious powers may either use coercion to dominate the system, withdraw, leaving the intermediate powers to fend for themselves, or pursue a systemic transformation in an attempt to lock its post-conflict advantage for the foreseeable future. In 1919, the United States abandoned the international system, leaving an inherently flawed League of Nations that, without the lead power, was unable to prevent the rise of fascism (what we might now call ‘rogue states’) in Europe and Asia. In contrast, the 1945 settlement witnessed the transformation of the international system through the creation of a set of organizations that added a constitution-like quality. Whilst the United States and other victorious powers locked in their post-war advantage (through a Permanent Seat in the UNSC), the UN Charter became the universal organizing principle for international relations. Binding institutions and international law acted as restraint on concentrated power. Post-1945 international relations witnessed a stable political structure in which states’ returns to power were low while returns to cooperation through international institutions increased. READ THE ENTIRE ARTICLE AT 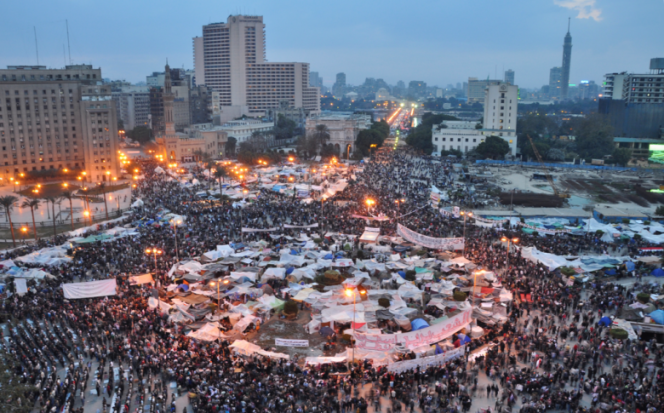 As U.S. secretary of state John Kerry and his Russian counterpart, Sergey Lavrov, recently negotiated the denouement of Russia’s very own “Syrian Missile Crisis” in Switzerland, the fate of the Middle Eastern stability is once again subject to the Great Powers.

The Obama administration’s unilateral threat of use of missile strikes against Syria, which was not authorized by the United Nations, has thus far been stopped by a Russian proposal for Syria to hand over its chemical-weapons stockpile and ratify the Chemical Weapons Convention.

Reminiscent of October 1962, the Syrian president insists that the initiative is contingent on the U.S. ceasing “its policy on threatening Syria.” Such quid pro quo is subject to a myriad of technical problems in finding and destroying the stockpiles in a warzone. It also represents a considerable leap of faith by the U.S. government to test Syrian and Russian assurances and commitment to an international monitoring regime. Most importantly, however, negotiations take place in the shadow of the U.S.-Iranian nuclear standoff. So what’s at stake is not so much human security for Syrians or regional stability, but Obama’s nonproliferation credibility towards Iran, as well as Putin’s chauvinistic vision of Russia’s place in the world. READ THE ENTIRE ARTICLE at

Much attention has been given to the IRGC’s asymmetric defense capabilities, its role in Iraq’s post-2003 insurgency, and its alleged hold over the Strait of Hormuz, but there is little scrutiny in open source literature on the significance of the Iranian Army (Artesh) to Iran’s national security.

As the EU and the United States continue to contain Iran in military, economic, and political terms in order to sway the leadership to accept a mutually acceptable settlement on the nuclear program, Iran’s Army continues to underwrite the country’s national security, checking both threats from within and without.

As the popular unrest that followed the presidential elections in 2009 was gaining momentum, Iran’s internal balance of power depended on the position of the armed forces. However, unlike in 1979 (or Tunisia and Egypt in 2011), the Army never defected, thus allowing the IRGC and the Basij militia force to defend their economic and political stake in the country and crush the Green opposition movement. READ THE ENTIRE ARTICLE AT

The most vocal supporters of preventative military strikes against Iran’s nuclear weapons program claim that Iran is developing nukes to use them, rather than to deter the United States and its allies from invasion. This inversion of the Cold War theory of nuclear deterrence assumes that Iran doesn’t have the capacity for rational choice. After all, as the argument goes, if the Iranians are crazy, then the certainty of national suicide won’t stop them from seizing the opportunity to unleash their new nuclear weapons on Israel. A state that believes the end of the world is coming (never mind thinking it has the special responsibility to usher in Armageddon) can’t be considered likely to weigh costs and benefits in any rational, self-preserving way. READ THE FULL ARTICLE AT

Thirty years after the Islamic Revolution, the Islamic Republic of Iran – if one can still call it a republic – is at a crossroads.

What has been manifesting itself on Iran’s streets since the disputed presidential elections is not only the electorate’s collective feeling of injustice and rage, but also the religious-political elite’s underlying divide over the future of the velayat-e faqih and its entire political system.

When Mohammad Khatami was president of Iran from 1997 to 2005, reformist hermeneutics largely centered on the notion of justice – a fundamental tenet of Shia jurisprudence – civil society and human rights. READ THE FULL ARTICLE athttps://www.aljazeera.com/focus/2009/08/20098171953790365.html 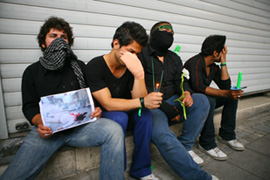